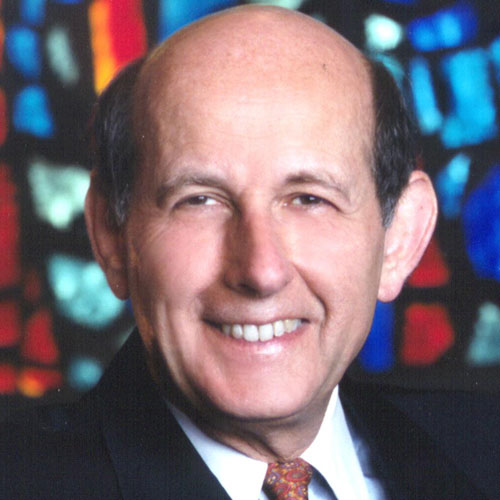 Rabbi Samuel M. Stahl (he/him) became Rabbi Emeritus of Temple Beth‑El, in San Antonio, Texas, in 2002, after serving for 26 years as its Senior Rabbi.  Previously, he was a Chaplain in the United States Army and the Rabbi of Temple B’nai Israel (The Henry Cohen Memorial) in Galveston, Texas.

A native of Sharon, Pennsylvania, he was graduated from the University of Pittsburgh in 1961. He was ordained a rabbi at Hebrew Union College – Jewish Institute of Religion (HUC-JIR) in Cincinnati in 1967.

He also holds an earned doctorate from HUC-JIR, as well as two honorary doctorates, including one from Oblate School of Theology, a Roman Catholic graduate school in San Antonio.

Rabbi Stahl is deeply committed to enhancing interfaith relations. He is the first Jewish leader to receive religious leadership awards from the Texas Conference of Churches and the San Antonio Community of Churches.

He has served on a number of organizational boards in the Jewish and general communities, both on the local and national levels.

For six years, he was editor of the Journal of Reform Judaism, now the CCAR Journal, the official quarterly publication of the Central Conference of American Rabbis.

During the summer of 2003, he was the Theologian-in-Residence at Chautauqua Institution, in New York state. Subsequently, he has also been a lecturer and a staff member of its Department of Religion each summer.

He is also the author of Making the Timeless Timely: Thoughts and Reflections of a Contemporary Reform Rabbi. His second bookis titled,Boundaries, Not Barriers: Some Uniquely Jewish Perspectives on Life.

He and his wife, Lynn, have two daughters and six grandchildren.